The word virus full form has its origins in biology, where it refers to a microorganism that is smaller than bacteria. The Internet based medical dictionary Medicine Net says that the virus“invades living cells and uses their chemical machinery to keep itself alive and to replicate itself.” The key characteristic of the virus is that it can not survive by itself but requires a living cell as its human or animal host. Once in the cell, the virus can spread easily to other cells, and the person carrying the virus can transmit it to other people.

The common cold is one of the best examples of a virus: A person can spread this virus, like all other viruses, by shaking hands with another person; thus the virus from the hand of an infected person can pass to the hand of a healthy person.

The virus can then enter the healthy person’s body if the person touches his or her eyes,mouth, or nose. Before long, many people may get infected by the virus, which can wreak havoc on large organisms. There are computer programs that are able to do the same thing to computers.

Virus programs were developed in the early days of computing,when the basic personal computer was introduced in the 1980s. These programs were written by students who were experimenting with new kinds of simple computer programs that would be powerful enough to have an effect on the operation of a computer.

In the days before the Internet and large networks of computers, computer enthusiasts shared their new programs with their friends on a floppy disk a flexible piece of plastic about the size of a slice of cheese.

Mischievous programmers would create new games or interesting programs for their friends that would then direct their computers to perform tasks such as independently turning off or displaying a teasing message.

These programs were innocent and confined to disks and individual computers—until someone discovered how to create a program that could independently clone and distribute itself to others.

HOW DOES VIRUS WORK


A computer virus is a digital data file that is sent to a computer. The user would have to trigger the virus by opening the file, which then carries out a series of actions on the computer that not only damages the data on the computer but also sends the virus data file to other computers, continuing the cycle. 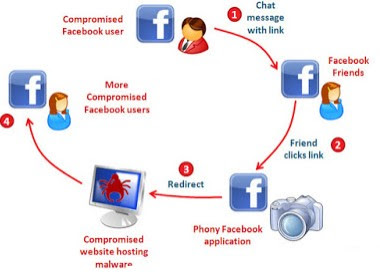 THE EFFECTS OF VIRUSES

A virus file is designed to make the computer perform in a way that would be harmful to itself. A computer is usually made up of a series of interconnected components such as the hard drive, the keyboard,the mouse, and the monitor.

A virus can erase useful files such as important documents. It instructs the computer to remove a set of files from its hard drive.
Most computer files used by Windows-based computers have a file name that includes a suffix. This part of the file name is standardized for certain kinds of files; for example, most Microsoft Word
document files have an extension “.doc” that tells the computer to treat the file in a specific way.

A virus can direct a computer to delete all the files with a specific suffix or, in other cases, a virus might include instructions to alter useful files so that they can no longer be used. In such cases, the file is damaged to the extent that the user is unable to access the useful data in the file.

Most computers have some permanent instructions included with them to ensure that they turn on correctly. Some of these instructions are placed on memory that is separate from the hard drive of the computer. A few viruses are able to change the instructions on the flash memory, which would make the computer unusable.

The main effect of the computer virus is lost productivity on the part of the user. A virus can make a computer unusable, forcing the user to repair the computer, and the repair process itself can lead to complete loss of all the data stored on the hard drive of the computer.

A user who stores critical data on a computer could find it very difficult to recreate all the information once it has been lost. In this way, viruses can potentially destroy thousands of hours of work.Since viruses spread over the Internet, the damage could quickly spread to thousands of users and cripple all computer-based activities.


It is quite possible that a virus could emerge that could completely disable the information technology system of a nation. This threat has led to the development of a series of strategies to ensure that users are less vulnerable to virus attacks. There are several ways a user can protect himself or herself from viruses. 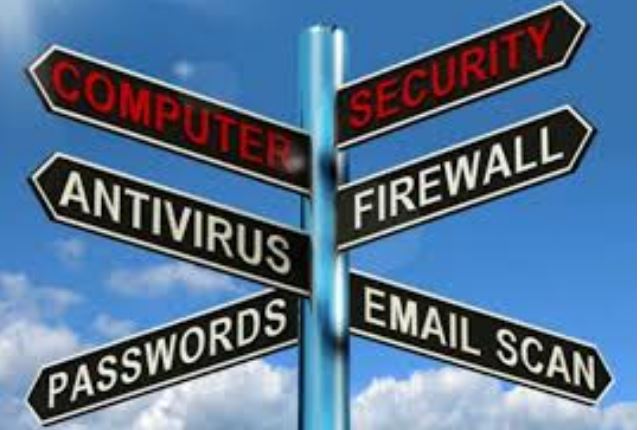 One of the ways in which viruses are stopped is with the use of computer programs that can detect viruses. Some of these programs are used by large institutions that receive a high number of e-mails. These programs check every single e-mail to ensure that no virus files are included in the e-mails. Since most virus programs have specific kinds of binary code, there are ways of checking for these codes to detect virus files.

The offensive files can be removed once the files are detected. This method is proving to be quite effective in controlling the movement of viruses over the Internet. All files have to pass through many different computers when going from one point to another on the Internet, and when all the different computers have virus detection software, it is quite
likely that a virus file would be quickly detected.

Even if one computer misses a virus, another computer might stop it. Some of these computer programs are loaded into computers that allow email to enter an institution. Although this sometimes results in non-virus files being incorrectly tagged as virus files and therefore prevented from reaching their destination, it is safer to have virus protection
that might stop a few good files than to have no virus protection at all.

There are some computer programs that can also be installed on individual personal computers that constantly watch out for potentially harmful files. These protection programs periodically look at all possible digital information that is stored in a computer and alert the user of any suspicious computer code.

These virus detection programs check all files that enter the computer, including those that might be copied from a portable memory device like a flash drive. The protection programs can be easily updated to ensure that a computer is protected against the most recent virus files.

While computer programs are able to detect viruses, the user of a computer plays an important role in stopping viruses too. Most
viruses are spread with the use of e-mail, and a slight alteration in the way users treat e-mails can help to stop the spread of viruses.

As the Web site About.com, which provides tips on computer use,
points out, “The simplest, most effective method to protect against email-borne threats involves the use of filtering software.” These tools eliminate an e-mail containing a virus even before it reaches
the user. On the other hand, a user who receives an e-mail with an attachment has unknowingly already started the process of virus activation.

This is why it is very important to be careful with files
attached to e-mails. One of the best ways to stop viruses is to be cautious with e-mails from unknown senders, and it is a good practice to not attempt to open or view files that are sent by strangers. Every
user has a set of known people with whom e-mail communication takes place, and those people, who are known to the user, are less likely to send a virus-laden e-mail.

Users should also keep virus detection software like Norton Anti Virus on their computers, as such programs can provide significant protection against infection by a virus. These programs also ensure that viruses are not inadvertently reproduced. Protection against viruses requires keeping a machine free of viruses as well as ensuring that viruses are not accidentally sent out of a machine.

The main way to reduce the spread of viruses is for users to be responsible computer and Internet users. Even with all the protection,viruses can still cause problems. Since viruses can damage needed data files, it is also important for users to protect the digital information saved on their computer. Backing up files frequently is a good way to ensure their safety. The user of every individual computer is the person who can best defend against virus attacks.